Together back to the returnable glass with the “N2”

The Genossenschaft Deutscher Brunnen (GDB) has developed a new graceful white glass bottle. The new “N2” bottle is almost identical to its predecessor, the white “Perlenflasche”, both in height and diameter, so that it can be filled by all members in existing plants without any major changes. A distinction between the two bottles is only possible on the basis of the contour.

In order to recognize the contour of this bottle in the crate and thus enable effective (pre-)sorting, a method had to be developed which realizes a high-contrast, easily evaluable image of the bottle to be recognized per row in the crate.

The company vision-tec gmbh from Kassel, best known among the breweries for its patented multi-camera system for the inspection of individual bottles, has now developed a special procedure including suitable evaluation software for exactly this task. In addition to differentiating between the “old” and the “new” GDB white glass bottles, individual bottles with significant contour differences are also detected with an accuracy of over 99 %.

A further advantage of the system: existing AFG inspections from vision-tec can be easily retrofitted with the new module.

With this innovation, vision-tec shows once again that the development of inspection technology can keep pace with the new creations of the market! 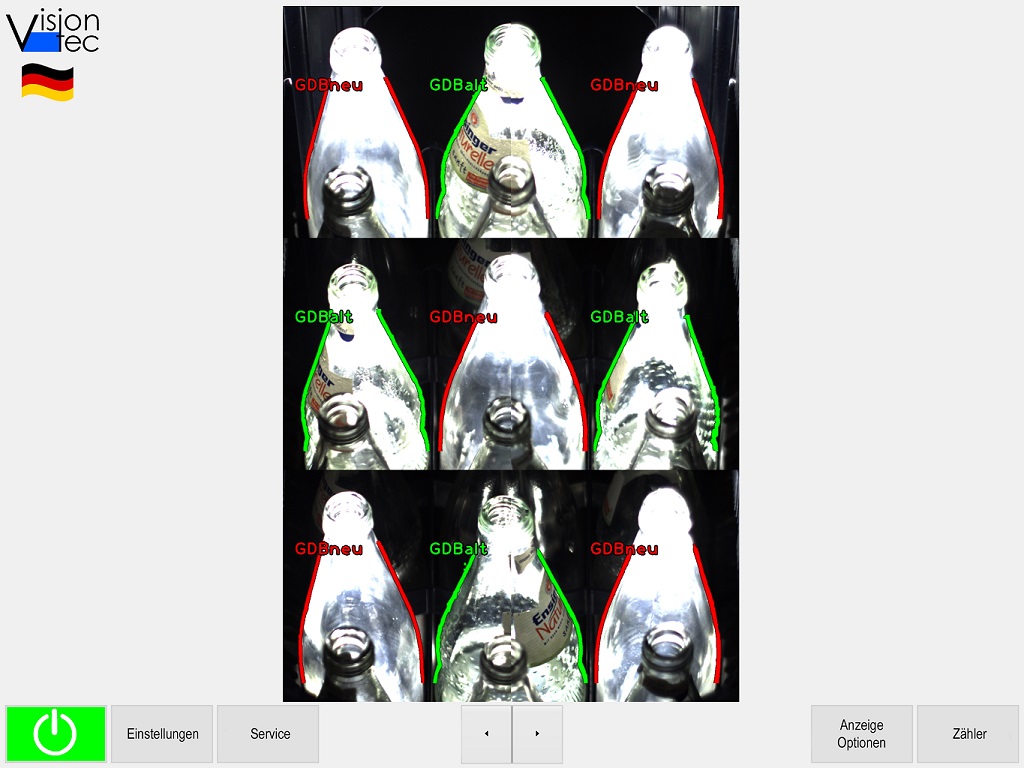 Back to the article overview

This website uses cookies to improve your experience while you navigate through the website. Out of these cookies, the cookies that are categorized as necessary are stored on your browser as they are essential for the working of basic functionalities of the website. We also use third-party cookies that help us analyze and understand how you use this website. These cookies will be stored in your browser only with your consent. You also have the option to opt-out of these cookies. But opting out of some of these cookies may have an effect on your browsing experience.
Necessary Always Enabled
Necessary cookies are absolutely essential for the website to function properly. This category only includes cookies that ensures basic functionalities and security features of the website. These cookies do not store any personal information.
Non-necessary
Any cookies that may not be particularly necessary for the website to function and is used specifically to collect user personal data via analytics, ads, other embedded contents are termed as non-necessary cookies. It is mandatory to procure user consent prior to running these cookies on your website.
SAVE & ACCEPT